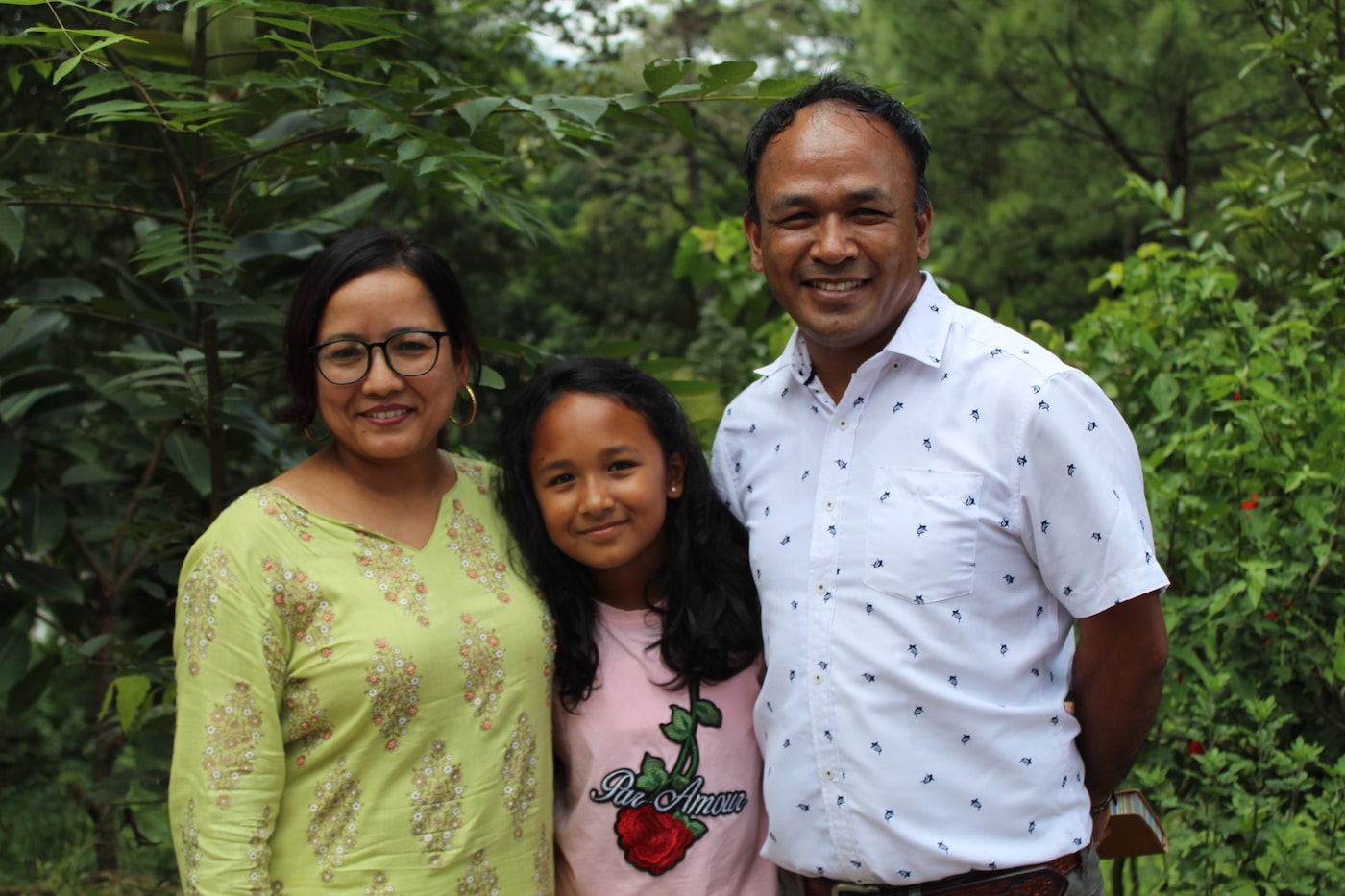 Surendra (right) and Kalpana (left) are from strict Hindu Newari families. The Newar are among the most traditional tribes in Nepal. Surendra has worked at many entrepreneurial ventures and has served at Global Recordings for the past 25 years, overseeing translation work and relief operations throughout Nepal, and is now GR’s Asian Regional Coordinator. Kalpana worked as a school teacher until her marriage to Surendra in 2006; she continues to run a successful bag and backpack-making business, while also serving as counselor and part-time administrator at the safe house. Before opening the safe house in 2013, they were involved in other rescue operations as volunteers in varying capacities. Surendra and his wife continue to be heavily involved in the Nepal Christian Society, and Surendra serves on the board of five other organizations in different roles.